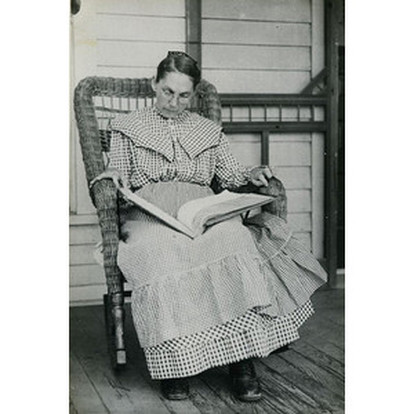 “I am here to tell you a story, on behalf of your father, Aragus Greene the Third, and to tuck you in if your bedsheets are being unreasonable.” Ms. Dufrei said, straightening her glasses in a manner that would assure anyone that she in no way felt out of place.

“He said business was going to keep him up until midnight. Do you have a preference of genre?”

“No.” He rolled over and turned his back to the secretary. “It doesn’t matter.”

“Very well.” Ms. Dufrei sat on the very edge of the large rocking chair, primly keeping it stationary. “Once upon a time, which doesn’t make sense grammatically, by the way--”

“It does too. Don’t make this a grammar lesson.” The nine-year-old boy had had enough of them lately.

“--Very well. Once upon a time, there was a delightful little girl named Sorey.”

“Why would her parents name her that?”

“Because they were sadistic and cruel. She would often be confused as a child whenever she met new people. She’d be very friendly, hold out her hand, and say, “Hi, I’m Sorey.” to which the confused person would say, “You are? What for?” They thought it was just her standard British accent. Her parents (the true villains of the tale) never explained the difference to their daughter, and besides that, they’d often have their secretary tell bedtimes stories to her in their place.”

“You’re not happy about this either, are you?” Aragus the IV guessed.

“On the contrary, I am thrilled to expand my usefulness to the CEO of our company.” Dufrei said, quite dryly. “Shall I continue?”

“Certainly. Her parents found her useful as a child ambassador, for she was small and cute when they were at the height of their political power. If ever tensions were running high, they’d send their daughter to meet their potential enemies. The poor little girl, now shy, would curtsey and say in a small voice, “I’m Sorey.” Every politician's heart would melt and tell her it was all right, nevermind what happened.”

“This is a very strange story.” Aragus commented, propping himself up on one elbow and looking bored.

“True, but you don’t know what’s going to happen next, do you?” Ms. Dufrei said, not without an air of triumph.

“Well then. As Sorey got older, she started to realize that even though she had never done anything wrong, people seemed to blame her for everything. She finally understood that saying her name had become an apology. She stopped introducing herself altogether. She got less cute, and her parents found her more difficult to deal with. “Oh no. She’s entered the rebellious stage.” they said. When she was an awkward girl in her teens, they sent her away to boarding schools, where she tried, in vain, to make everyone call her by her middle name: Amanda. It didn’t stick, since the teachers were all very strict there. How the poor girl suffered! When she was but a month away from being old enough to change her name legally, and to be truly independent, her parents sent for her to come back home from school at once.

A sudden uprising of the nation’s common folk had brought the metaphorical flood waters of tension to their very gates. In desperation they summoned their old tactic: their daughter, the scapegoat. When she walked back through the door their hopes rose, for she was no longer pimply and awkward, but a thin, tragic beauty with an even stronger apologetic air. She looked as though she was always about to wince.”

“What does that look like?” Aragus Jr. asked, in spite of his boredom.

The secretary gave a small, practiced demonstration of hunching her shoulders and half closing her eyes. Aragus the III always appreciated it when he practiced giving his award-winning scoldings to his underlings.

“A squinty-eyed girl with bad posture, in short.” Dufrei explained.

“You had a sad childhood, didn’t you?”

“Nevermind, we are almost finished with the story. Sorey was pushed out the front gate to face the leader of the revolt: Angus Gruff. He was an angry young man. He had lost everything to the government, he felt, and this anger had fueled his motivational speeches to gather followers. They had gathered at the gates to demand retribution, chanting and shouting.  Angus was confident, and he was charismatic. The confidence he had in his cause was emanating out of him like steam from a kettle. Sorey took one look at him and knew that he was her complete opposite.

“The gates were locked behind her. She had been offered up like a maiden to a dragon. What they hoped she could accomplish by apologizing for them, she had no idea. Her possible death stood in front of her, arms folded, chin lifted haughtily. “So this is what they send me for retribution?” he asked. “Their own daughter? Are you going to apologize? Do you really think that fixes everything? Your apology? After everything you’ve done, ARE YOU SORRY?” he shouted. The crowd roared in agreement behind him.

“Maybe he didn’t know that was her name. Maybe he did. It was all the same. After all, that was what her name meant, wasn’t it? This was who she was anyway. This was her purpose up until now. Just say your name, child.

“Sorey’s feet seemed to move on their own, and she marched right up to his face. “NO! NO, I’M NOT! I AM NOT SORRY! I HAVE NEVER DONE ANYTHING TO BE ASHAMED OF, AND I’M NOT APOLOGIZING TO YOU!” She was just as angry as he was in that moment, and she was not going to be yelled at and wince anymore!

“This undiplomatic behavior had her parents running for the back door in panic. Angus Gruff stared at Sorey’s glaring face, only inches from his own, and for once found himself speechless. She was honestly full of righteous indignation, pent up after so many years of meek suffering, and he knew he couldn’t go against her. But the crowd was waiting. Waiting for his reply. What would he say?

““Then join me!” Angus shouted, holding out his hand. “Let’s fight them together!” Sorey took his hand in a firm grip, shouting, “I will!” She then grabbed an axe from one of the protestors and began hacking at the gates herself. When they came clattering to the ground, and the crowd began rushing in, she stood still, catching her breath. The golden light of the setting sun glinted off her hair, and Angus was struck with awe at her fury.

““What’s your name?” he asked, not having heard any stories of the child ambassador. Sorey, glowing with freedom (and the light of the setting sun), turned and said, “Amanda. What’s yours?”

“And while Amanda did find that she would have to apologize for her own mistakes in the future, she never had to be that poor little girl who apologized for existing again. She reached for her own potential with confident hands, and was admired by all who knew her. The End.”

“Is there anything else you’ll require before sleeping, Master Greene? Your bedsheets are behaving reasonably?” The secretary stood up to go.

“Why don’t you yell in my father’s face like that once in a while?”

“Because then I wouldn’t have a job.”

“But then he might actually come home at night.”

“Perhaps you should speak to him. He can’t fire you, after all.”

Aragus rolled over towards the wall again. “He fired my mother.”

The boy was silent. Ms. Dufrei wondered briefly if it was her fault for telling such a poor story, and became irritated at the thought. “How about we both tell him that although I did an excellent job of storytelling and tucking you in, you missed him dreadfully and would prefer his company next time?”

Aragus the Fourth thought it over. “Do you think he’ll listen?”

“I think he might. He’s not heartless, after all.”

“Now, now, didn’t you listen to the story? You don’t have to apologize for your existence, remember? Whether he likes it now or not, spending time with you will be something he’ll remember most and be glad about when he’s an old geezer sitting on a lawn chair. Don’t tell him I said that, but it’s the truth.”

“I won’t.” As she opened the door to leave, Aragus said “Thank you, Miss Dufrei.”