My Journey to Becoming a CHICK 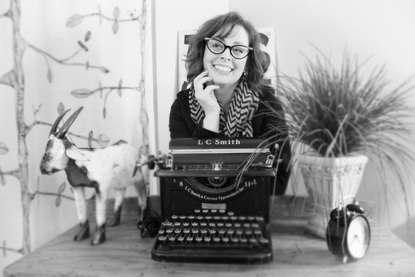 For as long as I can remember, I have always wanted to be a writer.

It wasn't enough to just write.  I wanted to earn the title of WRITER.

In the sixth grade, my English teacher must have seen a hidden yearning within me, because she gave me an individual assignment, separate from the rest of the class.  I was to write a "book," and at the end of the assignment period I would read it to my class.

I was both exhilarated and terrified.

At that time, I was a very shy girl.  It was difficult for me to raise my hand to answer any questions in class, let alone read an entire piece aloud.  I was proud to be so singled out.  While I was given permission to sit quietly in a separate room to work on my creation every day, the rest of the class worked on English assignments.  However, it was a lot of pressure to be so singled out.  I felt that everyone would be looking to me, thinking that I was showing off, and torment me even more than they already did.

I wrote a story about a girl who travels through time, having adventures with a new friend named Zack.  I was terribly embarrassed to read the passages out loud which showed the awakening within a girl when she discovers boys for the first time, and I know that I blushed profusely when the two held hands.  But I also remember how it felt to share something that came from within me, something that didn't exist before I put pen to paper, something that was a part of me.

I went through countless spiral notebooks throughout the next several years, filling them with stories, poems, and even songs.  My sophomore year of high school, I attempted to write another "book."  This one was about a girl who is mistaken for another girl, living in a mysterious castle.  She must choose between two different men, the stalwart and brave one, or the mysterious and dark one.  Which one is deceiving her, and which is the true hero?  I would tease my friends with the story, a chapter at a time.  They would beg me to finish the next installment.

I was in heaven!  They all told me that I was going to be a writer someday.  I believed them.

Then, I embarked on the new and exciting adventure of college, and the practical need to provide for a family became a top priority.  My beloved literature classes were replaced with science and biology, anatomy and physiology.  Instead of reading for pleasure, my time was consumed with studying from ten pound text books.  Instead of experimenting with alliteration and prose, I was engrossed in research papers and statistical charts.

It took two years after I graduated from college before I could bring myself to pick up a novel to read for pleasure.  However, as I began to pour over the crinkly yellow pages, it was like something awakened within me again.  I began to devour books, trying to catch up on the years that I had devoted to studying for my degree.

I tried to form a book club.  I was living in Boise, Idaho at the time, and craved the social interaction associated with a club, and also the intellectual stimulation which comes from literary dissection.  A few people came a few times.  It was a disappointing venture.

We moved to Meridian, Idaho.  I tried to form another book club.  No one was interested.  When asked, everyone would respond, "I don't have time to read."  I would think to myself, "Neither do I, but now I have learned to MAKE time."

Finally, after moving to Everett, Washington, I made my most recent attempt at forming a book club.  I felt all alone in the area.  We had no family close by and I needed to feel connected to where we lived.

Once again, I was the shy new girl, but I asked everyone that I met if they would like to be in a book club, started by me. To my great surprise, everyone wanted to join!

That was seven years ago.  Our book club has been going strong ever since.  It has been one of the most fulfilling things that I have ever been a part of.  And even though people come in and out, some moving across the country, I have formed a connection with them that I never dreamed was possible.  Sometimes our discussions are deep, sometimes they are just frivolous fun, but they give me the fuel that I need to continue to motivate myself to accomplish all those things that I want to achieve.

It was this amazing success with a book club, and the subsequent pouring over hundreds of books, good and bad, which reminded me of my original dream, that of being a writer.

As a test, I started a blog.  It was scary at first.  I was completely out of practice.  My writing was halting and laborious.  I struggled over every sentence, every phrase, every idea.  But gradually the words began to flow again.  I began to discover my voice.  A new voice.

This voice is mine.

A year ago I was invited by a friend to join a writing group.  Six ladies with the giant dream of honing our skills as writers and creating something special.  I jumped on the chance!  We call ourselves Six Chicks Writing.  Each one of us has a completely different voice, yet we all have the same dream.  We meet once a month, sharing things which we are working on and giving general encouragement and advice.  It is a safe place to share and learn.  I look forward to our meetings every month.

I find that my journey as a writer is still evolving.  As I continue to develop my voice, I am also discovering what is inside of me. I may have substituted a laptop for my spiral bound notebook, but the end result is the same.

What leaves my fingertips is my heart. 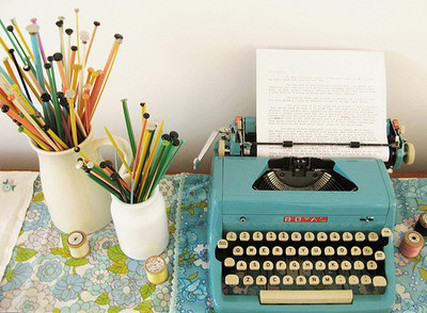 If you'd like to read more about Heather, her adventures and her family, check out her blog at life-at-the-white-house.blogspot.com!  We're sure glad she's a chick!
Powered by