The Best Decision I Ever Made 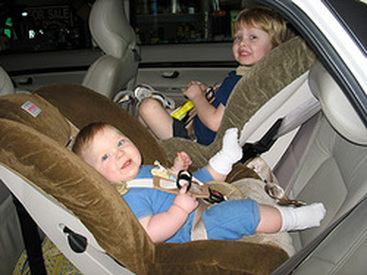 “You need to get him on the waiting list,” my friends told me.

“It’s almost too late,” they cautioned.

We were living in the Bay area, east of San Francisco.  The local public schools were abysmal and everyone in the know put their children on the waiting list for a charter school in nearby Concord.

So I buckled my three-year-old into his car seat and buckled his one-year-old sister into the car seat next to him.  We drove to Concord.  At the charter school, we got on the waiting list.  As a former elementary school teacher, I was interested in their school, their philosophy.  As a mother, I was even more interested.  They described the spartan school to me.  They only did reading, writing and math.  They didn’t celebrate anything--birthdays, holidays.  The typical class size for kindergarten was 31 children.  Thirty one?  In kindergarten?  Was that even legal?

I signed him up though.  It was the best option.

Driving home, I looked in the rearview mirror at my chatty son with round cheeks and blonde curls.  I had a distinct thought: I can’t do it.  I can’t send him to school.

Growing up in rural Nevada, a long bus ride from the nearest school, my mom had homeschooled some of my siblings.  Because of that, and because of my own background in education, it seemed like a possibility to me.  I’d never been sure of it until that car ride from the charter school.

Suddenly it was evident.  I knew I was going to homeschool.

When I was busy teaching my older son and daughter, the baby brother, now a toddler, broke eggs on the floor, filled the toilet with Lego bricks, climbed on the school room table.

What am I doing? I would think.  This is insane.

But I kept going. Because nothing compared to snuggling with my children on the couch while they showed off their new emergent reading skills.  Nothing compared to reading time in the afternoons when we all sat companionably, reading (except the baby, who napped).  The only interruption to the silence was when they asked me the meaning of a word.  I had loved being a teacher, but teaching my own children—seeing that look of wonder and dawning realization on their faces when they learned something—was thrilling.

There were a lot of different reactions to my decision to homeschool.  Some people were enthusiastic and supportive, some people didn’t seem to care either way and some people were skeptical or downright disdainful.  It didn’t matter to me what people thought though.  Sometimes I was even a little smug.  Someday my brilliant children would show the doubters.

My oldest was struggling.  He had difficulty writing.  His handwriting was terrible.  His spelling was terrible.  He wrote simple, simple sentences that seemed way below his capabilities.  Was he just being lazy?  “He’s a boy,” people told me.  “That’s normal.”  But was this normal? He didn’t have peers his age in our tiny home school to compare him to but his younger sister was certainly a better writer than he was.

Finally, when he was in fifth grade, I decided to have him tested.  Then I would at least know if he had a learning disability or if his difficulties were just his behavior.  We met with a psychologist.  I left him behind in her office for testing while I sat in a small waiting room and tried to read a book.  Hours later, he emerged and the psychologist invited me to come back another day to discuss results after she had created a report for me.  I searched her face for any indication of her findings.  Nothing.  So I came back another day.

“First,” she said, when I was seated across from her at her desk, “Have you always homeschooled him?”

My heart sank.  She was about to tell me something I’d secretly feared all along.  His struggles were my fault.  I had done him a great disservice by homeschooling.  She was going to blame his problems on homeschooling.

“Well that’s wonderful,” she said.  “It has made all the difference for him.”

She went on to outline his attention difficulties.  She said that in a homeschool environment, he could go at his own pace and be redirected easily when his attention strayed.  Then we talked about his writing.  She told me he wrote just below his grade level but that he wrote way below his cognitive level.  “He’s gifted,” she said, “If you hadn’t homeschooled him, he would have been in remedial classes and maybe no one would have known about his abilities.  Because you worked with him, he has the highest vocabulary of anyone his age I’ve ever tested.”

Then she described his very real disability.  There was a disconnect between his ideas and his ability to express them on paper.  The very act of writing on paper was so hard for him, he chose not to write anything complicated.  Besides, he couldn’t spell.  She talked about a few strategies that may help.  What she didn’t give me was a magic pill that would “cure” his disability.

There was so much information to process that my mind was reeling as I drove home.  I glanced in the rearview mirror as I merged onto the freeway.  Suddenly I remembered the car ride years earlier from the charter school in Concord.  I remembered the distinct impression that I should homeschool.  It dawned on me that the psychologist had just validated my thinking.  It really was the best thing I could have done for my son.

In the years that followed, I grappled with the disability.  At first I was determined to “fix” the problem.  There had to be a cure.  If someone would just tell me what to do, what procedure to follow, I would do it.  But there was no procedure and no one to tell me a cure.  I was panicked about our son’s goals and dreams of college and a career.  He had all sorts of ideas for himself ranging from constitutional lawyer to archaeologist.  But you can’t write, I would think.  You can’t write.

As time passed, I finally made peace with the disability.  I recognized it was here to stay and that we needed strategies for coping.  He was the guinea pig and I was the researcher.  I tried all sorts of different tactics.  I made mistakes and missteps but I kept trying.  I knew for a fact that as imperfect as I was, there was no one alive that loved him more than I did or that would try harder to help him.

Learning to type unlocked his world.  He was able to finally express on paper like he had never been able to before.  In eighth grade he went to public school for the first time.  At a parent teacher conference, I was nervous to meet with his English teacher.  Our son was doing fine in the class but I was still apprehensive.  My husband and I sat across the desk from the English teacher and he talked about how bright our son was. “He’s a great writer,” the teacher said.

“Really?” I asked.  I explained about his disability.  The teacher acted like he didn’t believe me.  Almost all the assignments in the class were typed and our son was doing just fine.

I cried all the way home.  I had cried plenty of tears of fear and frustration but these were the first tears of relief.  It was the first time I had known everything was going to be all right and my son’s future was not going to be limited by his disability.

Today he is a junior in high school, taking an AP English class that thrills and challenges him.  I felt a flicker of trepidation when I read the syllabus and course description, which stressed that spelling and grammar were important in the class.

I also feel like he’ll thrive.  He has confidence and strategies that help him.  He is able to express himself and work to his potential. 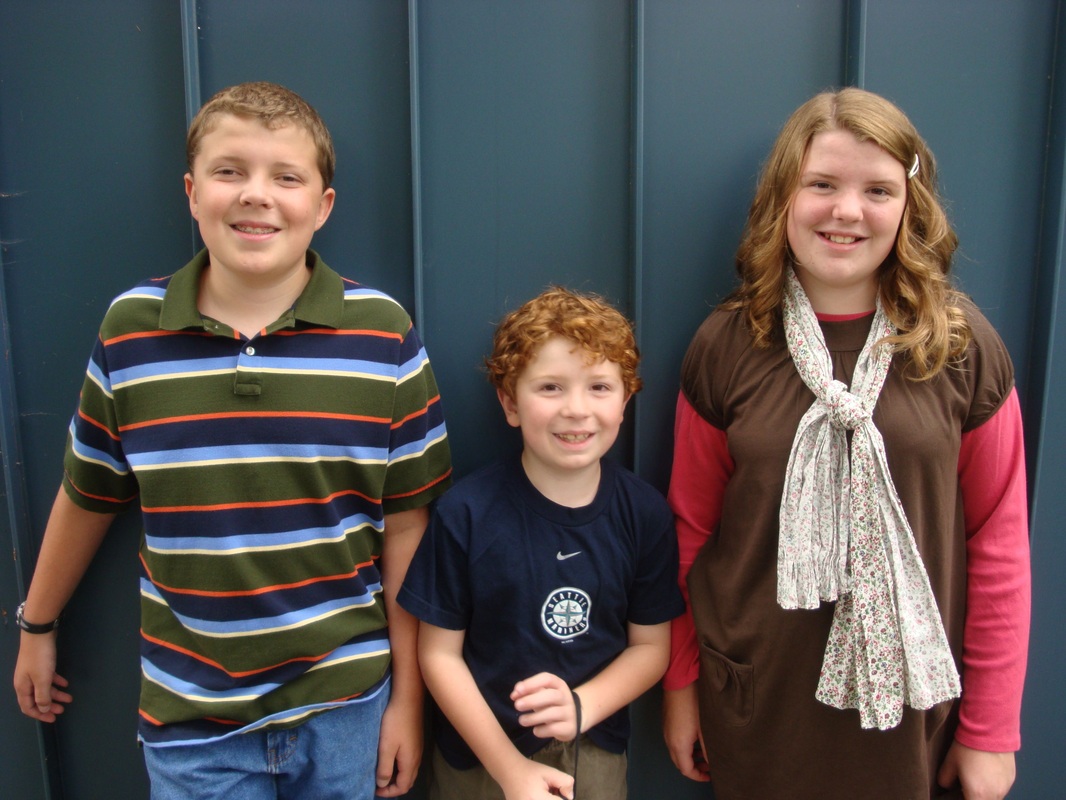 This picture of Thelma's brood was taken right before she sent the oldest two off to school.  If you'd like to read more about Thelma and her brood, check out her personal blog at www.thelmadavis.blogspot.com !